Living Life At The Edge Of Your Comfort Zone – Anthony Ferraro

BroadEye Posted on February 15, 2022 Posted in Uncategorized No Comments 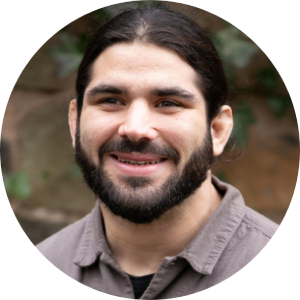 In this episode, Anthony Ferraro shares the story of his journey from being diagnosed with Leber Congenital Amaurosis — a rare and blinding eye disease — to training for the 2024 Paralympic Games. In recent years, Anthony has gained an incredible following on social media as an inspiring athlete, amateur musician, and overall beacon of positivity.

Anthony attended St. Lucy Day School for the Blind and Visually Impaired in Philadelphia from Kindergarten through 6th grade. In seventh grade, Anthony transitioned to his local elementary school and started wrestling. He attended St. John Vainney High School, in Holmdel, NJ where he excelled in wrestling for four years. After graduation, he went on to wrestle for the College of New Jersey.

Anthony started judo training in January 2017 to fulfill his dream of representing the United States at the 2020 Tokyo Paralympic Games. His judo training consists of at least five workouts per week at the Shore Thing in Lakewood, New Jersey and at Oishi Judo and The New York Athletic Club in New York City. He is currently ranked the number one -73kg Paralympic Judo athlete in the United States.

In 2012, the documentary film maker Christopher Suchorsky began interviewing and filming Anthony’s wrestling journey and life story. This film ultimately became know as “A Shot in the Dark”. The film was released on Christmas Day 2018 and is now available for rent or purchase on Amazon Prime.

Anthony is an accomplished guitar player and motivational speaker. He supports himself by playing music at various dinner clubs and at select social engagements and by speaking engagements through the country. In his spare time he enjoys reading, music and the outdoors.

Check out his website where you will find all of his Social Media pages.