Retinitis Pigmentosa: The Arrival of Gene Therapy and What Comes Next – Dr. Cynthia X. Qian

BroadEye Posted on March 19, 2021 Posted in Uncategorized No Comments 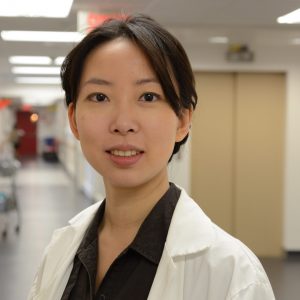 Cynthia X. Qian is an assistant professor in the Department of Ophthalmology and the head of the electrophysiology laboratory, the inherited retinal diseases service, and the pediatric retina service at the University of Montreal. She is the current Vice President of the Canadian Retina Society and the Quebec representative for ophthalmology on the Royal College nucleus committee.

She is an expert on pathologies of the pediatric retina and on retinal dystrophy, particularly on the surgical implantation of retinal prostheses and subretinal gene therapy. She successfully implanted the first retinal prosthesis in Quebec with her colleague Dr. Flavio Rezende in 2017. Currently she is the main clinician evaluating potential candidates for the RPE65 genetic mutation Luxturna treatment and will be one of the two surgeons performing the surgery in the province of Quebec.

She is a regular spokesperson for the Canadian Ophthalmology Society (COS) and spearheaded the COS official statement on treatment of retinitis pigmentosa. She has been recognized for her groundbreaking work both as a leader in medicine and as a rising star in clinical ophthalmology. She was chosen as the Young Physician Leaders forum delegate to represent Canada at the World Health Summit in 2017. She has also been voted as “The Young Professional of the Year” by the Young Chamber of Commerce of Montreal in 2018 and as one of Canada’s Top 40 under 40 in 2019.