No Need For Sight When You Have a Vision – Lex Gillette

BroadEye Posted on December 10, 2021 Posted in Uncategorized No Comments 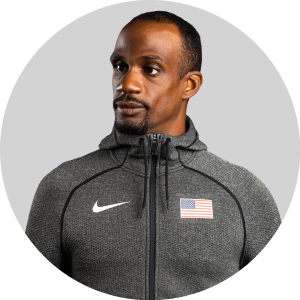 Lex Gillette, five-time Paralympian and 2020 Tokyo silver medalist in long jump, shares his experience from a young boy with sudden vision loss to world-class athlete. Lex gives an overview of his training, the importance of having the right mindset, and how anybody with a vision can do more than most dream is possible.

Lex Gillette is a globally recognized Paralympic track and field athlete for Team USA. Competing primarily in the long jump, Lex has amassed five Paralympic medals, four world championships, and he is the current world record holder in the event. He is the only totally blind athlete on the planet to eclipse the 22-foot barrier in the long jump.
Robbed of his sight during childhood, Lex Gillette, with the aid of his mother, was determined not to fall victim to a world consumed by darkness. His athletic talents have been featured by ESPN, Sports Illustrated, USA Today Sports, and People Magazine. He is a 2015 inductee in the ADN Hall of Fame.
Lex is a sought-after inspirational keynote speaker who empowers his audiences to gaze beyond the horizon and see more than what is in front of their eyes. There is no need for sight when you have a vision. ® That is the very phrase that has propelled Lex into a world of infinite opportunity. It is not our eyes that ultimately determine success in life. It is our ability to see a vision and do everything in our power to turn it into reality. During Lex’s presentation, you will laugh, you will cry, you will be inspired, and you will learn how to become a better version of yourself. With every stage that he graces, Lex is determined to do for his audience, what was done for him. That is, to Teach … People … To … See.