BroadEye Posted on October 1, 2021 Posted in Uncategorized No Comments 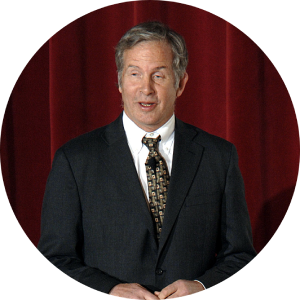 Mike May is the Chief Evangelist at Goodmaps, founder of the Sendero group, a paralympic World Record holder in downhill skiing, and a serial entrepreneur who regained some vision after 43 years of blindness thanks to a novel corneal stem cell therapy. Mike discusses the impact of regaining some vision, highlighting the need for a diverse skill set to thrive in business, sports and life.

Mike May is Chief Evangelist for Good Maps, Inc., a pedestrian navigation company with an emphasis on accessible navigation for people who are blind or visually impaired including indoor navigation. He was previously Executive Director of the Workforce Innovation Center at Envision in Wichita Kansas, CEO of the Lighthouse for the Blind in Seattle and CEO/Founder of Sendero Group, makers of accessible navigation products.

Mike May has been a pioneer in new product and business development since 1980. He worked for the Central Intelligence Agency as a Political Risk Analyst, for the Bank of California in automating wire transfers and cash machines and for TRW starting a new business area. Mike’s start-up ventures have included developing the world’s first and only Laser Turntable, inventing a portable heating cushion for sports and medical applications and starting 2 companies in adaptive technology.

Mike May has a Masters’ degree from the Johns Hopkins School of Advanced International Studies and an Honorary Doctor of Humane Letters from Coker College, SC.

Mike has met five Presidents including President Obama and several of his cabinet members to discuss national initiatives on adaptive technology. He was a member of the White House delegation to the 2010 Paralympics and has been inducted into the US Association of the Blind Hall of Fame for his skiing exploits including the downhill speed skiing record for a totally blind person of 65 MPH. He is the subject of the best selling book Crashing Through by, Robert Kurson with a movie in the works.

For more information about Mike May, go to http://www.GoodMaps.com or http://www.CrashingThrough.com