How CRISPR Is Being Used To Treat Blinding Eye Diseases – Dr. Mark Pennesi

BroadEye Posted on February 22, 2022 Posted in Uncategorized No Comments 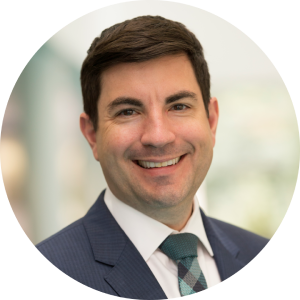 In this episode, Dr. Mark Pennesi provides an overview of inherited retinal dystrophies and how CRISPR is being used to edit DNA in the eyes of patients. Dr. Pennesi further shares recent research findings from a clinical trial using CRISPR to treat patients with Leber Congenital Amaurosis.

Dr. Pennesi’s interest in degenerative retinal disorders began shortly after his first year in college, when he spent a summer working at the Retina Foundation of the Southwest. He worked under the supervision of Dr. David Birch and saw patients with retinal degenerations such as retinitis pigmentosa as well as studying animal models of this disease.

After college, Dr. Pennesi completed a combined M.D./Ph.D. at Baylor College of Medicine in Houston, Texas. He performed his graduate Ph.D. work in the Department of Neuroscience in the lab of Dr. Samuel Wu. His thesis work focused on identifying new animal models of retinal degeneration. He received numerous awards while in graduate school, including the John J. Trentin Award for earning the highest GPA in his class and the BRASS scholarship for playing an active role in community service.

For his residency training, Dr. Pennesi spent his internship year in San Diego at Scripps Mercy Hospital, followed by his ophthalmology residency at the University of California, San Francisco. During residency he was awarded the Hogan/Garcia award for the best resident research project. After residency he completed an ophthalmic genetics fellowship under the tutelage of Dr. Richard Weleber.

Both Research to Prevent Blindness and the Foundation Fighting Blindness have recognized Dr. Pennesi with career development awards to support his ambition to conduct transitional research that will bring treatments for diseases such as retinitis pigmentosa from the laboratory to the clinic. Additionally, he is the recipient of the 2011 ARVO/Alcon Early Clinician Scientist, the Alcon Young investigator Award in 2014, and the Casey Eye Institute Resident teach award. His research focuses on developing novel treatments for inherited retinal diseases. He is currently exploring the potential of a new class of drugs to up regulate protective growth factors in the retina.