BroadEye Posted on April 20, 2021 Posted in Uncategorized No Comments 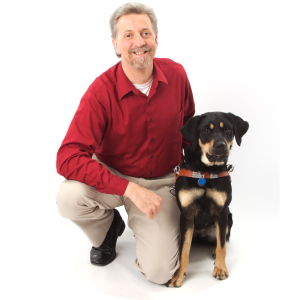 Randy Pierce, President of 2020 Vision Quest, shares his journey of vision loss and how he focused on his abilities rather than his disabilities to climb Mount Kilimanjaro and other notable peaks, train for and compete in the Boston marathon as a blind athlete, pen a book to inspire the masses, and become a motivational speaker giving keynote addresses across a range of industries and geographies.

During two short but significant weeks in 1989, a devastating neurological disease transformed Randy Pierce from a healthy and ordinary young man to a blind man completely uncertain of his future. Randy’s passion for experience encouraged him to use adversity as a positive catalyst for growth and opportunity, resulting in such amazing adventures, honors and accomplishments as:

A New Hampshire native, Randy earned his BSEE from the University of New Hampshire in 1988 and enjoyed a successful career at Digital Equipment Corporation as a hardware design engineer. But as his progression toward total blindness moved forward, Randy transitioned in 1994 from engineering to a variety of volunteer projects such as tutoring and martial arts instruction, which allowed him to develop and hone his teaching and presentation skills.

Fast-forward to today, when Randy is the founder and ten-year President of 2020 Vision Quest, an organization that leads and inspires students and professionals to reach their peak potential while providing financial support for crucial vision services. Randy is also past Chairman of the Board of Directors of Future in Sight, and a past president of the Hudson NH Lions Club. Randy’s and 2020 Vision Quest’s accomplishments and accolades are well chronicled at 2020visionquest.org, but a few recent highlights include:

Randy delivers riveting, positive, and powerful messages that help organizations lead members to their very own versions of “reaching their peak potential.”

He has delivered keynotes and motivational presentations to dozens of corporations, including:

A two-time TED Talk presenter (video links below), he has also spoken at many colleges and universities such as M.I.T., Boston University and the University of New Hampshire, including a handful of commencement addresses.

For links to more than 150 print, web and broadcast coverages of Randy and 2020 Vision Quest, please refer to https://2020visionquest.org/in-the-media/.