BroadEye Posted on January 14, 2022 Posted in Uncategorized No Comments 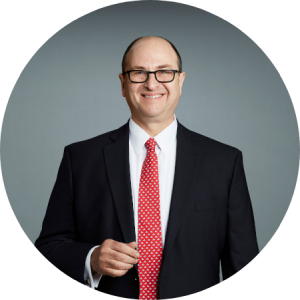 In this episode, Dr. Joel Schuman gives a detailed overview of how a team of collaborators from diverse academic backgrounds developed Optical Coherence Tomography (OCT), a technology that was a leap forward in the field of Ophthalmology. Dr. Schuman further explores how curiosity lies at the center of his motivation to continue discovering and innovating even after co-developing a breakthrough medical technology.

Dr. Schuman was named Elaine Langone Professor and Vice Chair for Research in the Department of Ophthalmology at NYU Langone Health, NYU Grossman School of Medicine, in 2020. In 2016, he was appointed Professor of Electrical and Computer Engineering at NYU Tandon School of Engineering, and Professor of Neuroscience and Physiology and a member of the Neuroscience Institute. In 2017, Dr. Schuman became Professor of Neural Science in the Center for Neural Science at NYU. In 2018, he was named Professor and core faculty in the newly formed Department of Biomedical Engineering at NYU Tandon School of Engineering. He served as Chair of Ophthalmology for the NYU Langone Medical Center from January 2016 to September 2020. Prior to that, he served as department chair at University of Pittsburgh (2003-2016).

Him and his team were first to identify a molecular marker for human glaucoma, published in Nature Medicine in 2001. Continuously funded by the National Eye Institute as a principal investigator since 1995, he is an inventor of optical coherence tomography (OCT), used world-wide for ocular diagnostics. Dr. Schuman has published more than 350 peer-reviewed scientific journal articles.

His research is focused primarily on the early detection of disease and its progression using optical imaging, specifically with regard to glaucoma. Dr. Schuman’s laboratory is multidisciplinary, with expertise in basic and clinical research, computer science, software development, biomedical engineering and ophthalmology. They collaborate extensively with excellent scientists and engineers working in complementary disciplines. There is a strong emphasis on translational research with applications that directly benefit patients, with the intent of creating new knowledge and technologies that can be commercialized and translated to patient care.