BroadEye Posted on August 24, 2021 Posted in Uncategorized No Comments 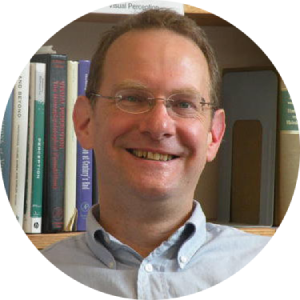 Dr. Backus is Chief Science Officer at Vivid Vision. He has training in mathematics (BA, Swarthmore), human vision and psychophysics (PhD, UC Berkeley), and neuroscience (postdoc, Stanford). From 2000-2018 he was a professor: first in Psychology, Bioengineering, and Neuroscience at the University of Pennsylvania, then as Empire Innovation Associate Professor in Vision Sciences at SUNY College of Optometry. His research on binocular vision is funded by the NIH, NSF, and HFSP. He traded tenure and an office overlooking Bryant Park in Manhattan to join Vivid Vision. He is now collaborating with doctors and scientists around the world to develop a mobile visual field test for use at home by people with glaucoma.

Vivid Vision builds software for testing and treating human vision. The company has two primary focus areas: binocular vision dysfunctions, such as amblyopia and convergence insufficiency, and visual field testing. Its binocular vision products are in use at more than 300 clinics around the world. The visual field test, Vivid Vision Perimetry, is due for release in 2020. Its technology includes several patented innovations to make home testing reliable and easier than conventional perimetry. In pilot work, patients have been willing to take the test daily; more data leads directly to better precision. Vivid Vision’s products run on consumer-grade virtual reality headsets, which are mobile and low in cost. The company is based in San Francisco. It was founded in 2014 by CEO James Blaha after he successfully treated his own lack of stereoscopic depth perception using a virtual reality headset. The company has raised $4.2M and has 15 employees.